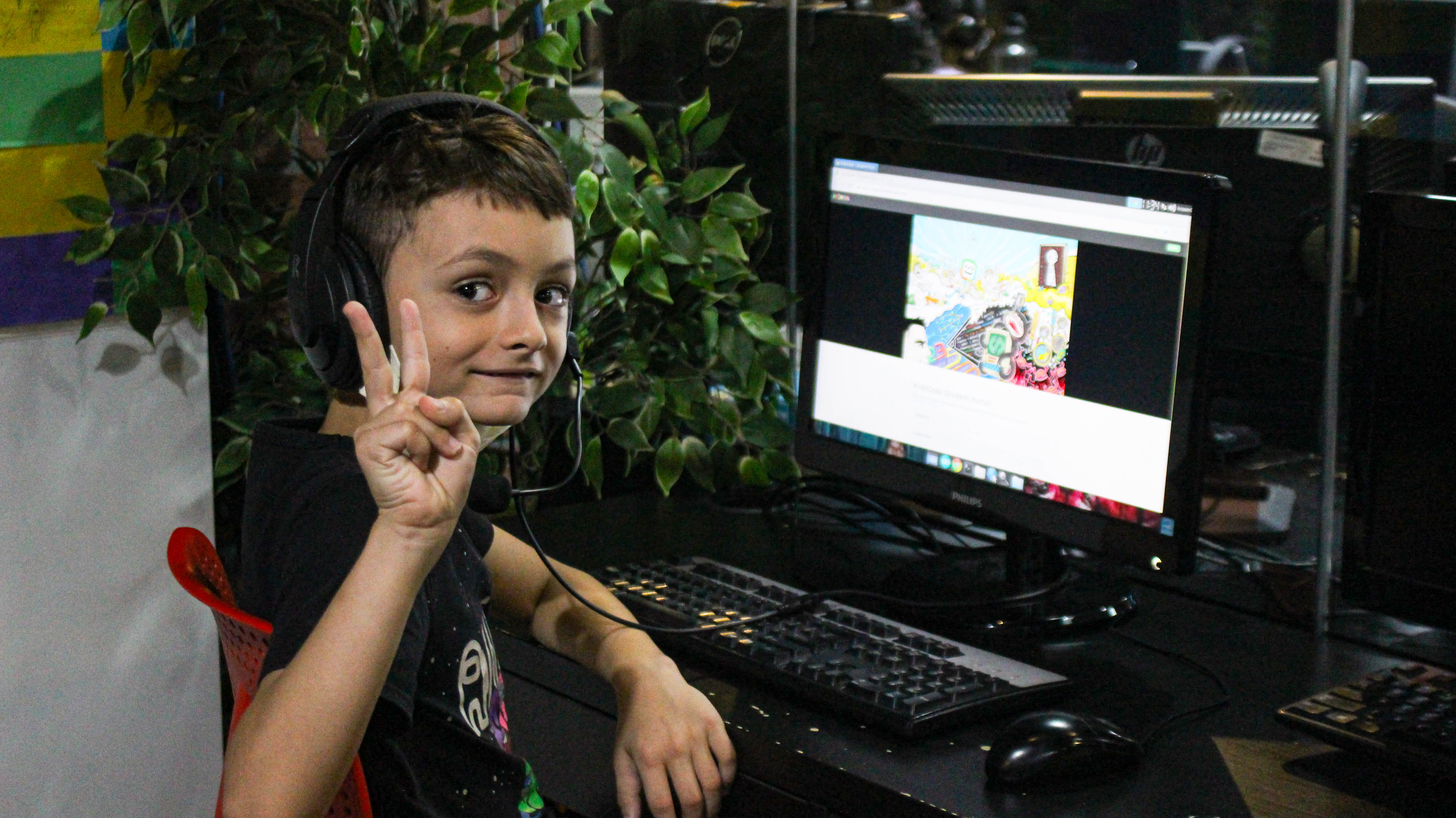 From entertainment and leisure to work and study, computers have become a part of nearly everything we do. And as we move forward in an increasingly digital world, kids need to learn how to use them early. As such, computer classes for kids are slowly becoming the go-to after-school activity where piano and sports lessons used to dominate.

But, with so many programs offering computer science for kids, it can be tricky to know where to start - especially if you're not a computer whiz yourself.

To help you out, we've put together a list of the top computer classes for kids, perfect for those aged between 5 and 17. And trust us, these are definitely not your average "how to turn on a computer" classes.

Before learning the exciting world of computer programming, your child will need to understand the basics. This is where programming languages and KidoCode come in.

These programming languages will be the foundation of any computer science learning and will give your child a strong understanding of computer logic. From there, they can start to learn the more specific computer languages used to create things like websites, apps, and games.

Explicitly designed to introduce kids to basic coding concepts, Scratch has become one of the most popular programs for teaching computer science for kids in recent years. The visual programming language makes it easy for youngsters to create their own stories, animations, and games - all without needing to write a single line of code.

Where it truly excels is in training learners in logical and computational thinking while learning how to express themselves through the games and animations they create through Scratch programming. And it's not just computer science for kids - Scratch is also utilised in computer science classrooms worldwide, from primary schools to universities.

What makes Scratch even more compelling is that it's a web-based program, meaning kids can access it using devices that can run simple web browsers such as Google Chrome and Safari - no need to buy the most expensive hardware.

As one of the most commonly used programming languages, any school that offers computer classes for kids is bound to offer Python too. The high-level language is known for its ease of use, readability, and versatility, making it perfect for computer science beginners.

But don't be fooled - despite being relatively simple to learn, Python is still a powerful tool used by some of the biggest tech companies in the world, including Google, Instagram, and Netflix.

Plus, computer classes for kids that teach Python often have the added benefit of teaching kids how to use turtle graphics. This module allows them to create digital art and visual patterns using code, providing a fun and creative outlet for their computer science learning.

For more advanced computer science students, C++ is often the next step after they've mastered Python. The object-oriented language builds on many concepts kids will have learned in their earlier computer classes, such as variables, loops, and functions.

C++ is also an excellent choice for those interested in developing video games. Many of the most popular games - from Fortnite to Call of Duty - were created using the language, making it a great computer class for kids interested in game development.

It's also an excellent language to learn if your kids are interested in robotics, as it's often used in programming Arduino boards.

Computer classes for kids that teach Javascript are a great option if your kids are interested in web development.

As the most popular programming language for front-end web development, Javascript is used by some of the biggest tech companies in the world - including Facebook, Google, and Amazon.

In computer classes for kids that teach Javascript, students will learn how to create interactive web pages and games. They'll also get an introduction to essential concepts such as variables, data types, and loops.

Of course, no computer class for kids interested in web development would be complete without covering HTML and CSS. These two languages are used to create the structure and style of websites, respectively.

In computer classes for kids that teach HTML and CSS, students will learn how to code the structure of a web page using HTML tags. They'll also learn how to add style to their pages using CSS, including choosing colours, fonts, and layouts.

Computer classes for kids focusing on electronics and robotics are becoming increasingly popular. These classes usually involve working with a team to build and program robots using tools such as LEGO Mindstorms or VEX IQ.

Plus, robotics computer classes for kids often culminate in a competition where teams get to pit their robots against each other - always a popular choice with young learners!

Computer-aided design (CAD) is a popular choice for computer classes for kids interested in architecture or engineering. It engages learners' creativity while teaching them how to use computer software to design three-dimensional (and sometimes two-dimensional) models.

CAD classes for kids usually involve using a program like AutoCAD or SketchUp. In these classes, students will learn how to create and manipulate digital models of buildings, objects, and landscapes.

One of CAD's most important practical applications includes 3D Printing, which is rapidly becoming more accessible and affordable. As a result, computer classes that teach CAD skills are likely to become increasingly popular in the coming years.

With the popularity of smartphones and tablets, it's no surprise that computer classes for kids that teach app development are becoming more common. In these classes, students will learn how to design and code mobile apps using tools such as App Inventor or Swift Playgrounds.

Not only will kids have a blast creating their own apps, but they'll also develop essential programming skills that they can use in other areas of computer science.

In these classes, students will learn the basics of game development using tools such as Scratch or Unity. They'll also get an introduction to important computer science concepts such as variables, loops, and functions.

Kids can even learn crucial game development concepts from their favourite games, Minecraft and Roblox, so you're sure they will be engaged.

Animation is another computer class for kids that is bound to be popular. In these classes, students will learn how to create their own animations using tools such as Scratch or Flash.

They'll also get an introduction to important computer science concepts such as variables, loops, and functions. And they'll have a blast doing it!

So there you have it - ten computer classes for kids sure to be popular with young learners. From game development to app development, there's something for everyone. So, if you’re excited to go out there and start exploring the world of computer science with your kids, don’t hesitate to contact us at KidoCode. We’ll give your kids the tools they need to create the next FaceBook!