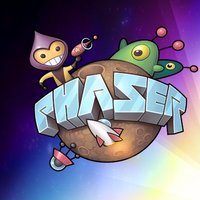 It's evident that most children nowadays are interested in playing video games. Have you ever wondered how these games are made? Many of them are created using a JavaScript library called Phaser. In this article, we will discuss what Phaser is and why it's a recommended platform for developing games.

Phaser is an open-source HTML5 game framework used for making 2D games. It uses the Pixi.js rendering engine and was originally released in 2013 by Photon Storm Limited. At first, only web browsers were supported but later versions included support for desktop platforms such as Microsoft Windows, Apple macOS, Linux, and Adobe AIR. Mobile support was also added eventually with wrappers available for Cordova/PhoneGap, Intel XDK/Crosswalk, and CocoonJS.Phaser is equipped with resourceful libraries and functions that can be used to make all sorts of games. The community forums offer helpful insights from other developers who have used the platform before. You can find both free and paid resources such as tutorials, templates, plugins, and probably anything else you might need while development process. And since it runs on JavaScript, there's no lengthy download required - a single JavaScript file is enough to run it!

‍
Why Use Phaser?
As previously mentioned, Phaser is useful for creating all kinds of 2D games regardless of their genre or complexity level. Beginners may find its syntax familiar since it resembles common CSS selectors (elements are selected by their name). Experts can take advantage of its many features such as tweens (to create smooth animations), bitmap data objects (to directly manipulate pixels), filters (for applying visual effects), physics engines (to apply real-world physics rules), etcetera... Another great thing about Phaser is that it's constantly being updated with new features - currently at version 3.15 .lastly ,phaser gives you freedom unlike other platforms which locks you into subscriptions or charges per game published.

Advantages:
1) No charges per game published
2) Freedom to do whatever you want .

1) If you're not experienced with programming languages like JS ,its going to be tough at beginning